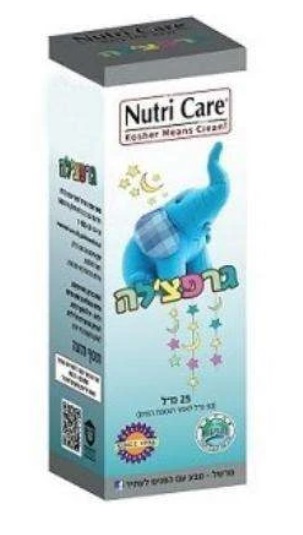 GARPHCELLA  is a unique blend of oils tailored and safe for use in Infants.
Qty
Share this product

Flatulence and colic in infants is a common phenomenon that appears after birth.
This is defined by pediatricians C”kolik “of infants, it is a condition in which a baby cries a lot for no apparent reason.
Colic is reflected in babies attacks colic and sudden appear, usually in the early evening and tend to worsen after meals.
colic is expressed most often in tears, baby Mars, flexing his hands and fold your hands towards the stomach. Using essential oils extracted from plants and herbs have been used for thousands of years to relieve symptoms of colic in infants.

GARPHCELLA  is a unique blend of oils tailored and safe for use in Infants.

Fennel oil – The seeds of the guard have the ability to absorb gases (carminative) and relieve gas and spasms.The guard oil slightly increases the bowel movement and allows the gas to escape from the intestines.
Anise oil – Anise is used for many years to relieve gastrointestinal discomfort. Ennis absorbs gases, reduces and relieves spasms and muscle contraction in the digestive system.
Mint oil – Mint is a herb used for thousands of years to strengthen the digestive system, relieve abdominal pain, relax the muscles of the digestive system and reduce pain and spasms.
Chamomile oil – The oil is extracted from plant flowers and is considered to be a gentle oil suitable for use in babies from birth. Chamomile oil calms the baby, reduces abdominal pain and convulsions by reducing muscle contraction of the digestive system.
It is recommended to give a grapachele to the baby before feeding begins.

Instructions for use:
Should add 25 ml chilled boiled water.
Dosage: up to 10 drops before each meal.

We recommend starting with 2 drops to 10 drops before each meal.
After dilution (adding water) should be stored refrigerated.
Use per day hydration
Shake well before use